FRIENDSHIP IS WEIRD YOU MEET SOME RANDOM PEOPLE AND THEN YOU DO STUFF, is the first (lecture) performance related to my research on frienship. It was shown in the garden of GFZK Leipzig (Gallery for contemporary art Leipzig) in July 2016.
On the one side friendships offer an enormous freedom like no other social relationship model, but paradoxically most of our friendships are based on common consumption. What are the attributes that friendship has to preserve to keep it potential as a breeding ground of freedom and self realization within the framework of late capitalism. 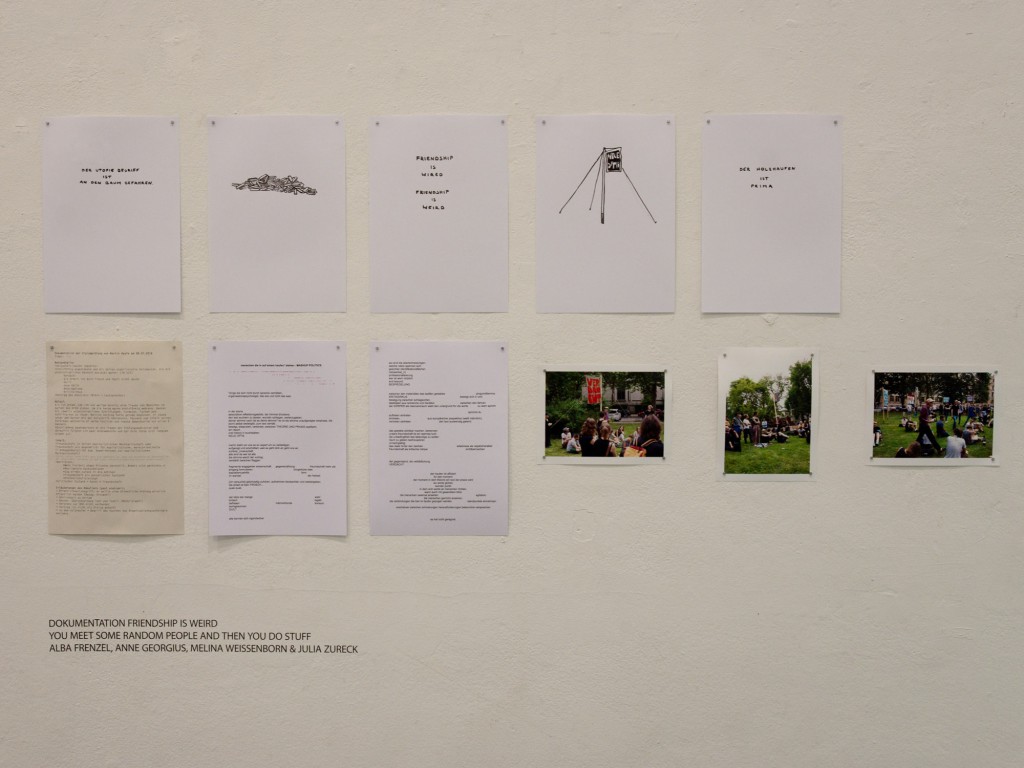 Later a documentation of the performance was shown in the Gallery of the Academy of Visual arts Leipzig.

Thanks to all the friends and supporters without you this work would not be possible!