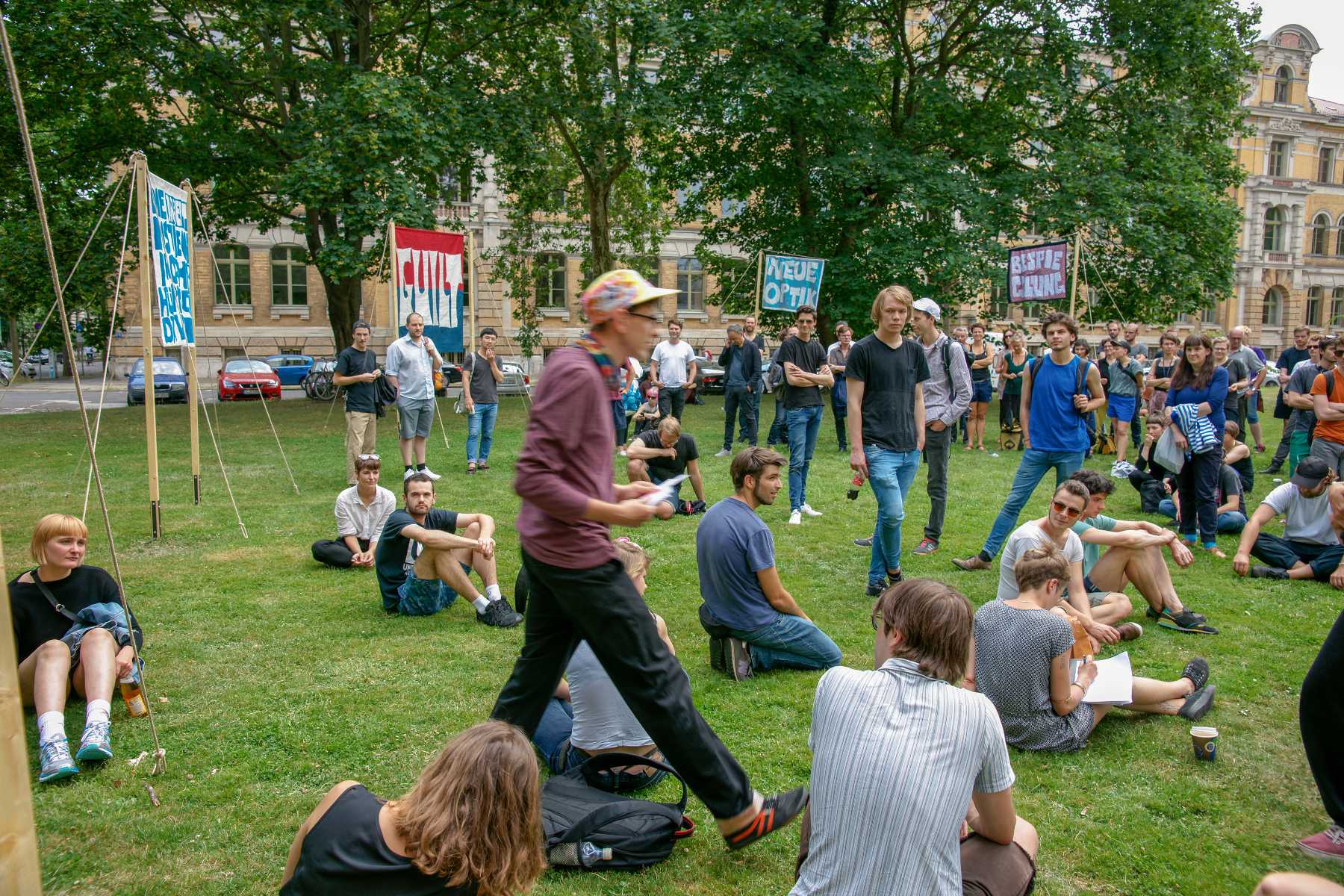 Since 2014, Martin Haufe has been working intensively on the subject of friendship. In the thesis for his diploma, he elaborated upon an extensive genealogy and definition of the term and described what constitutes this social relationship in the present.

The value we give to friendships has changed a lot in the last 50 years; today it plays a significant role in the individual lifestyle of most people. At the same time, emotions and relationships have a political dimension, so the question about the space between you and me is also political. Within friendships, we learn morally “correct” actions; at the same time, living conditions under capitalism influence the shape of our relationships.

In Martin Haufe’s ongoing research, questions about the relationship, and the potential of criticism and friendship, play a central role. His engagement has resulted in various performative lectures, screen prints and diverse textile works. Combined contextually, these works were further developed by way of process.

Friendship is the most open and, at the same time, the most shapeable form of being together. However, a critical look shows that our friends are often very similar to us – same milieu, age and background.

Martin Haufe addresses these contradictions through an expansive series of interviews, through which he searches for other definitions of friendship among aspects of race, class and gender.

Based on these interviews, further artistic works have emerged, which show the potentials, scopes for organizing and borders of having friendships in the present.

The conspiracy of friends

Friends are more important than ever in our day-to-day lives. Its important to have them, odd if you don’t have them and, for more and more people, they often replace other meaningful ties like family relationships.

Friendship is key to our lives. It is the ideal playground for freedom. New forms of communication, ushered in by the increasing use of social media, has transformed the way we live and act in friendships. These changes to the dynamics of modern relationships and friendship is a subject I am deeply interested in and want to explore through an exploration on the historical evolution of friendship. Considering this historic dimension two things become clear for the present time: friendship is a term in transmission, and it’s a term in crises.

I ask myself: What characterizes social media’s “friendship” and how is it different from previous conceptions of friendship? Taking into account that Facebook is profit-driven company, how does it connect the idea of the free-market with our ever-important social relations? Does it make our social ties more fake, or are we walking here straight into the mouse trap of culture pessimism? If you flip the coin the wider public that friendship gets in social media can be also a game-changer to make it more political.

Historic dimensions of friendship been always connected to the idea of resistance and form the basis for many movements and collaborations. Is this still possible in the times of increased social networking? Can friendship save itself without going into moral judgments and a mindless praise of “the old days”? Are there such things like critical friendships?